Description: MBD’s involvement in this project is for the supply, cartage and placement of gravel and graded rock on the banks of the Grey River. This is to stabilise a hillside that has traversed KiwiRail’s Midland Line, which has been susceptible to subsidence.

Description: This contract involves excavation of topsoil to form the laneways followed by backfilling and compaction of the extracted laneways with gravels.
Additional works include installing soak pits, sumps, fences and entrance gates.

MBD Contracting has undertaken work for Environment Canterbury Regional Council on the Waimakariri Flood Protection Project.
This work spanned over 10 years from 2010 – 2019 and saw us complete 11 portions of work that make up the overall project.

Description: This contract is to undertake scour protection works at various culvert and bridge sites along State Highway 6, State Highway 7 and State Highway 73. The works involve the supply and placement of rock rip rap, clearing and removal of debris and reinstatement of each site after completion of the works. 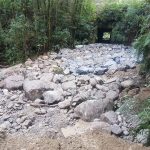 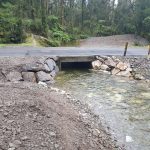 Description: This contract is the result of damage caused by Cyclone Fehi that hit the West Coast in January 2018.
The work is to be completed into three stages:
Stage 1: Clean up after the storm, gather and bury rubbish and cover in the old Cobden landfill.
Stage 2: Supply, cart and place 26,500 tonnes of rock to reinstate the 330m of rock wall in front of the landfill.
Stage 3: Supply, cart and place another 35,000 tonnes of rock to further extend the rock wall 420m south around the Cobden breakwater. 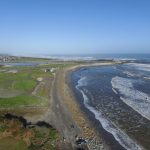 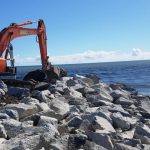 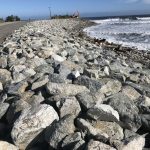 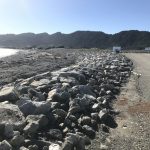 Description: This contract is to construct a 180m long rock faced seawall at Punakaiki with the rock supplied from the Whitehorse Quarry site. 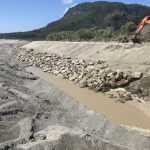 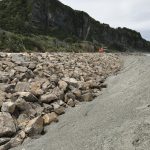 Description: This contract is for the supply, cartage and placement of 30,000T of rock on the Waiho River in Franz Josef.  The rock will be used to construct a rock lining on 700m of newly formed stopbank and raising 200m of stopbank by 1m with river gravels and then placing rock to form a lining. 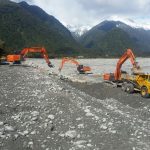 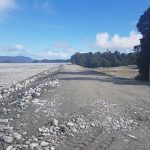 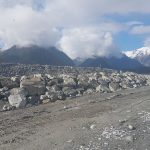 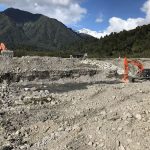 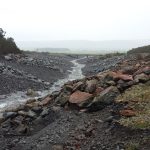 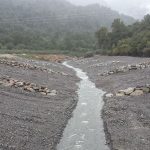 Description: This contract requires the cut to waste of shoulders and accessways along a length of 11050m of Lake Brunner Road near Rotomanu.  These will be backfilled and compacted prior to the stabilisation of the existing pavement by milling with the addition of 3% Portland cement. The surface will be graded and trimmed and compacted followed by two coat chip sealing and road marking.

Description: This contract is to raise the existing rockwall, construction of standard kerb and channel with kerb outlets and carpark area pavement constructed with AP65 sub base and M4 AP40 basecourse followed by Grade3/5 two coat seal. 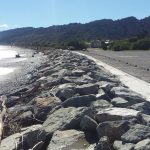 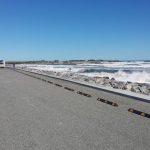